"Observing Lent from a Fishing Boat" 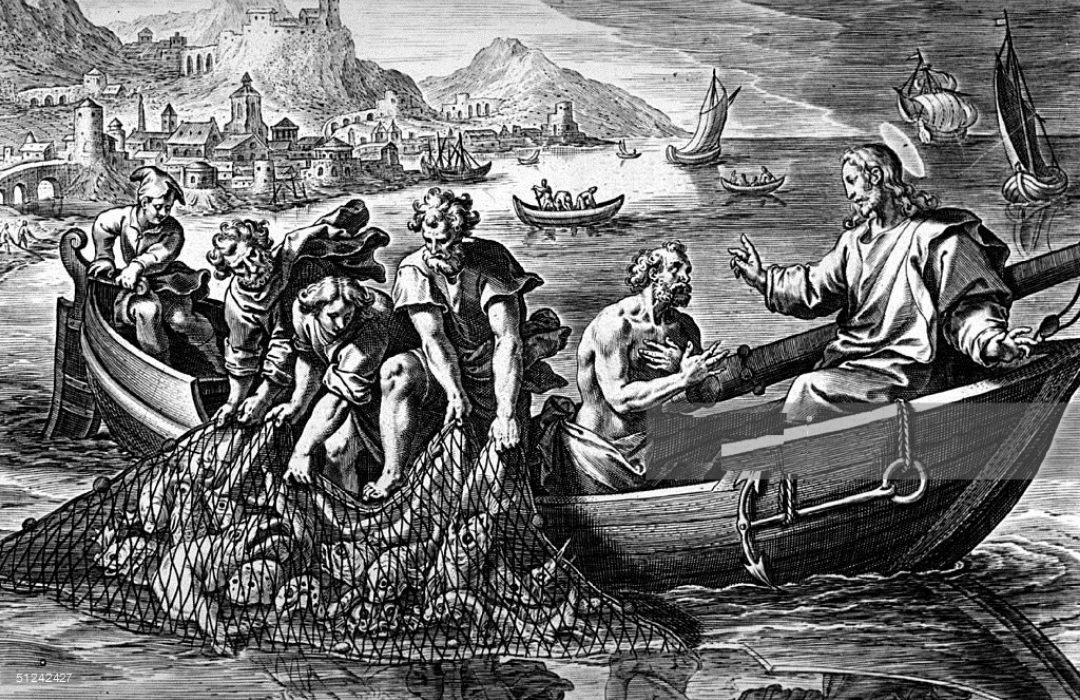 Perhaps it’s because I didn’t grow up observing Lent that I seem to find it in the oddest places. Like in the bottom of a sinking boat filled with flopping fish. When I think of Lent these days, I think of three things—self-reflection, repentance, and giving something up—and Luke 5:1-11 has all three.

Peter finds himself in an awkward situation. A carpenter/rabbi is giving him fishing advice—bad fishing advice, to be exact—but Peter decides to humor Jesus and cast the nets where they don’t belong. Like so many other great stories, we get an ironic reversal. Peter is confronted by a catch so ludicrously large that he finds himself on a sinking vessel. But Peter is confronted by more than fish in this instant, and it’s not just Peter’s boat that proves to be inadequate in the presence of God.

Peter’s self-reflection happens in a flash, and it is followed quickly by a spirit of repentance: “Go away from me Lord, for I am a sinful man!” His admission sums up the most obvious and natural response to finding oneself alone with Jesus. And while it would be a perfect time for a confrontation, Jesus doesn’t take Peter to task. Instead he takes Peter’s moment of profound dismay and turns it on its head: “Do not fear, from now on you will be catching men.”

There is no judgment, no condemnation, and definitely no fear. What Jesus gives Peter instead is an offer—an offer of something greater than Peter could have ever imagined for himself. It does, however, require giving something up: the greatest catch ever. It can be hard to leave behind those familiar things that make us so comfortable, but Peter and his crew “left everything and followed Him.” How puzzling that must have seemed to the watching crowds!

I pray for myself, my family, and for all of us that God will get us alone on a boat this Lenten season. I hope He finds us right where we often are, doing something that seems mostly routine, and I hope He turns our world upside down so that we can reflect, repent, and give up to His plan that is undoubtedly better than any we could have ever imagined.

"Observing Lent from a Fishing Boat"