The Urgency of Reconciliation 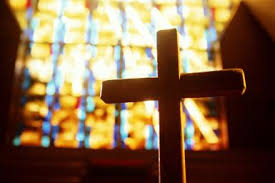 “So then, if you bring your gift to the altar and there remember that your brother has something against you, leave your gift there in front of the altar. First go and be reconciled to your brother and then come and present your gift” (Matthew 5:23-24).

Imagine you’re sitting in the crowd listening as Jesus spoke these words in the Sermon on the Mount. You’re feeling pretty good about yourself. Don’t murder? Check. And then Jesus raises the bar. Don’t be angry? Uncheck.

You’re squirming now. Instead of backing off, Jesus presses in. He says as soon as you remember a conflict, stop what you’re doing, and go to them. It’s urgent, Jesus says. So urgent that coming to worship without first going to your brother is backwards. Like everything He’s telling you here, you have it upside down, and He’s come to turn your world on end.

You stop patting yourself on the back long enough to let Jesus unsettle you. You let His words fall deeply into your heart, where He intends them to go. You know there’s something you need to reconcile. You’ve been putting off talking to that person, trying to convince yourself it’s not that bad, or it won’t do any good, or you’re just being too sensitive, or they’re being too sensitive. You keep hoping things will just blow over. Or you don’t think you should have to approach them; they should come to you.

You realize Jesus is telling you to do the opposite of wait. He’s telling you it’s so urgent that you must stop what you’re doing and take the initiative to move towards the other, humbling yourself and making it your highest priority to pursue peace and reconciliation. He’s describing Himself, and He wants you to be like Him because He knows you fully, and loves you deeply. You were created for right relationship–with God and others–and He’s come for nothing less.

This Lenten season, let Jesus’ words of life turn you from whatever is draining your urgency to reconcile. Receive His life-giving redirection, and turn towards another to live out generosity as you share the forgiveness and reconciliation of Jesus Christ.